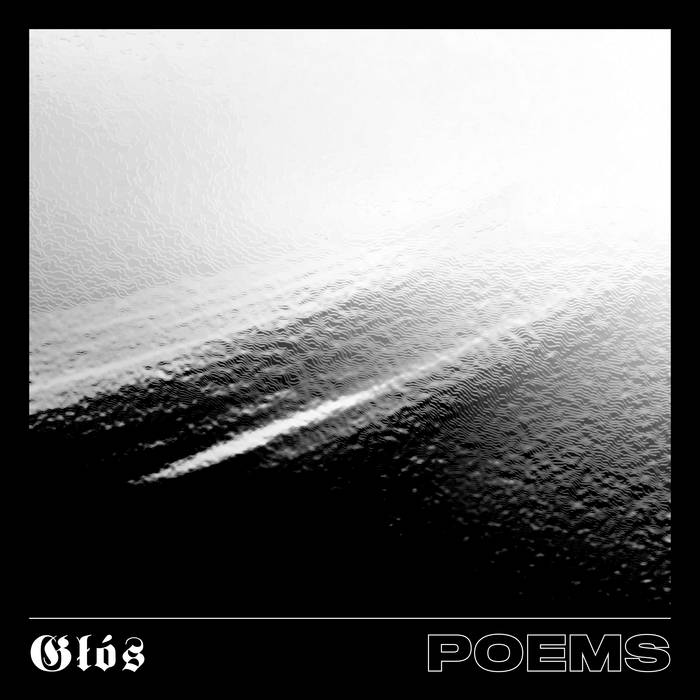 'Poems' is Głós' first outing on his own Non-Print in 2020. The two-track Techno EP is not only meant to function as a definition of 'Post-Techno'—the genre the Berlin producer carved out for himself—but is also an auditive snap-shot of how the recent Covid-19 lock down feels like. "Personally, I can't help but see a lot of connections and similarities to how my life used to be at an earlier stage of my life", Głós says.

It was around 2010 that a young Christoph Grosty, still living in the suburbs of West-German Dortmund, was in the midst of experiencing the new discovered party life that being a student in university enabled him to indulge in. In that phase of his life, it wasn't only countless moments drenched in alcohol and loose encounters that coloured his experiences with night life, but also long rides in buses and trains from the suburbs to the city centre, where all the clubs conglomerated.

Inspired by a graphic by Non-Print designer Angela Klein, Głós remembered two older pieces he worked on back then. In his early twenties, he often found himself making tracks he would listen to on his journeys to the clubs, trying to catch the melancholy of adolescence he felt about ten years ago.

The Covid quarantine of the new 20's first months was the perfect time to go back to these older tracks and rework them. "It's hard to put a finger on the number of references and quotes on this EP. Early memories of Shoegaze, a fascination for Rock culture and bands like Have A Nice Life or Low meet influences by the then emerged Ostgut Ton, Sandwell District, and early Stroboscopic Artefacts." But also inspiration through the current state of affairs found its way into these two drafts.

"The lock down", Grosty points out, "reminds me a lot of the past. For most of my life, especially when I lived with my parents, I was quite the loner. I spent a lot of time in my room and on my own, playing video games, reading loads of books and watching many, many films. Moving out and going out to clubs was like starting a completely new life. It was the complete opposite, in many ways."

"I was an introvert who turned extrovert", Grosty explains. "And now I'm back to being an introvert again, given the situation with the virus and shit. Again, I'm spending a lot of time with films, books and video games. It all finds its way inside my music. I've been watching Terrence Malick films, reading novels by Anaïs Nin, playing bloody Animal Crossing on the Switch even. I'm in the same mindset as in my teenage years, so the timing for re-working these old-ass tracks was perfect."

The result sounds like a doom metallic take on the genre. In a way, 'Poems' is Techno music for quarantines. The tracks' lengths reflect how long days can be when on your own. The tempo is slow, and the need to agitate a greater mass of people in a night club becomes less important than creating a world inside the own mind to escape to.

"When I was in the tram or the night bus or whatever, I looked out and listened to early versions of this. The whole party played out in my head, but my body was in a seat, watching the trees, houses and street lights passing by. I really hope this mindset will translate to people as now everybody can only be in the club inside their thoughts."

Recorded in Dortmund in 2010.
Reworked in Berlin in 2020.
Written, arranged, produced, and mixed by Christoph Grosty.
Mastered by Tim Engelhardt.
Artwork by Angela Klein.

Non-Print label head and producer Głós wants to create something outside of the conforming realm of Techno. He has already reinvented his early work through his first album, and his lucid yet on-point productions continue to reveal a rarefied character. ... more

Bandcamp Daily  your guide to the world of Bandcamp

Serena Cherry debuts her black metal project, plus a Pick from the Crypt block from Svalbard